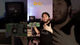 However, I wanted to try it because I heard it is good for growing your channel, people can watch a short video and instantly subscribe to your channel.

So I tried it, and it failed, in the 7 days it's been up (at the time of the writing of this thing), I've had 63 views on it and as the video gets older, it's unlikely it's gonna get many more views.

Now, you could argue that it's my fault for not making it more appealing or whatever, but honestly that's irrelevant to me because I don't care. It was an experiment on a feature that I already dislike as a way of delivering content to begin with, so I'll just move on an probably never try it again.

You can watch it though, I thought that story-wise it was very interesting, considering that I found this Voodoo 5 5500 for $10 down in Melbourne, and that's a huge bargain.

I will build an actual computer with the video card though, and I'll probably bring this story up in that video anyway.