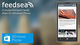 Do you remember Windows Phone? I sure do! I was a Windows Phone user until it became completely irrelevant and I still own my Lumia 950XL and my Lumia 820.

One problem that always plagued the Windows Phone platform was the lack of official apps for various services due to its low market share, so most clients for platforms were made by fans and we had some really good quality ones on the Windows Store.

For a while one of those apps was my own Feedly client, Feedsea. I developed that app because I didn't like the alternatives very much, they seemed a bit complex and I just wanted something that had my most relevant news front and center. That's why I came up with the tagline "A straightforward Feedly client for Windows Phone". Given the size of the user base of the platform at the time, the app was fairly successful. It reached around 30.000 downloads worldwide and I made around \$500 bucks from it. Okay, I know that's not a lot, especially compared to today, but think about Windows Phone around 2013 and 2014.

This was the first iteration of the app, which was originally for Windows Phone 7: After the Windows Phone 8 release, the app had a redesign ditching the carousel navigation and moving to a hamburger menu design. 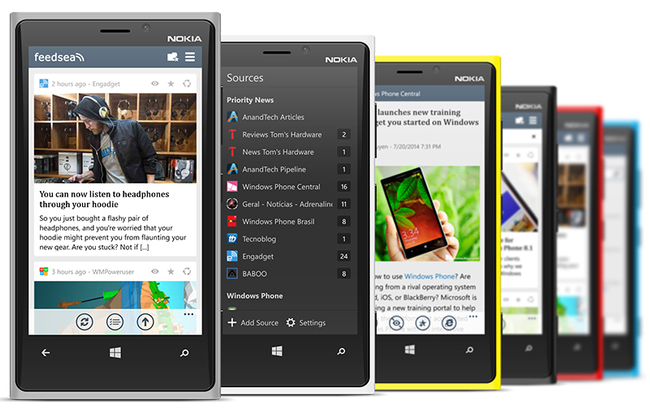 After Windows 10 Mobile came out and the UWP (Universal Windows Platform) was released, I started working on a version of the app that would run on mobile but also on Windows 10 desktop and the Xbox One, but after a while working on it I lost interest when it became clear that Microsoft wasn't putting much work on the Windows Mobile platform anymore.

Well like the Windows Phone platform, the app is long gone, but you can still have a look at the github repo which I made public years ago.