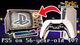 What a dry month was January. I was working on multiple videos and between parts failing, things being incompatible, parts being dead on arrival and so on I couldn't finish any of the 3 videos I was attempting to get done by the 12th of January.

Things would only click with this video after that resulting in me being able to finish it on the 31 of January and being able to post it after midnight.

This video was such a blast to make though, connecting ALL Sony video game consoles, including the brand new PS5 to this 56-year-old Sony CRT was such a surreal experience.

This is one of my favorite videos on my channel so far, it had a bit of a bumpy start in terms of views but after a while it did grow enough that I'm satisfied with the results!

Anyway, make sure to check the video on Youtube and let me know what you thought!